I left Minnesota and the financial aid office behind when I accepted an internship, followed by a full-time position at Arthur Andersen in Chicagoland.

The job was a prize.

Yes, because it was a plum position for an instructional design graduate but also, because my salary more than doubled, from $12,500 to $26,000.

But after four years at Andersen and facing an impending marriage, I realized I had somehow gone from family to school to work without going anywhere outside those proscribed limits.

Except for a one-week grad school class trip to Kingston, Jamaica, I hadn’t been anywhere at all.

As I remembered the students I had counseled at the financial aid office, the ones who had gone to Chile, and Russia, and Portugal, I felt regret. Then, envy.

Envy is a destructive emotion.

Envy is a signal.

At age thirty-five, I took a leave of absence from Andersen and spent a summer semester abroad in Florence, Italy. My two classes were Ceramics and Italian. I blended with my fellow students in their early twenties, keeping my age a secret.

However, when we were learning our numbers in Italian class, the teacher asked each of us our age. As she went around the room, getting ever closer to me, I could feel my stomach tighten.

Then it was my turn.

I thought about repeating the number she had said, twenty-five, but it wasn’t true.

I shook my head again. “Trentadue.”

She looked at me, brow furrowed and eyebrows raised, and spoke in English, a language we hadn’t heard from her lips since the first day of class.

“Do you mean to tell me you’re thirty-five years old?”

The other students treated me differently after that. They made plans to go places and didn’t ask anymore if I wanted to come, too. I could say I didn’t care, but I did.

Making pottery and solo explorations of Florence filled my days. At the end of the semester, I said something in Italian class that made the teacher laugh. She tried to explain why in Italian, but I didn’t understand.

She switched to English. “I’m laughing because you’ve picked up a Florentine accent.”

“It’s a good sign,” she assured me. “It means you’re spending a lot of time talking with Florentines.”

If we can, if we have the opportunity and the ability to rectify a regret, it’s a good thing to do.

Even if it’s uncomfortable sometimes.

Last week, many of you clicked the link to answer the survey (thank you!) but only two responded, really only one, since the first responder was me, testing the survey.

Thankfully, my radically compassionate writer buddy helped me see the dilemma posed by the survey’s wide-open single question. It was similar to the confounding way many job interviewers open the conversation, “So, tell me about yourself.”

I’ve gone back to the drawing board and this week there’s a new—and hopefully improved—survey. It has three questions:

If you’d be willing to take a look at the survey, that would be splendid. [survey closed]

And if this version of the survey is no better, just let me know. As a former boss of my former boss used to say, “I reserve for myself the right to get smarter.” 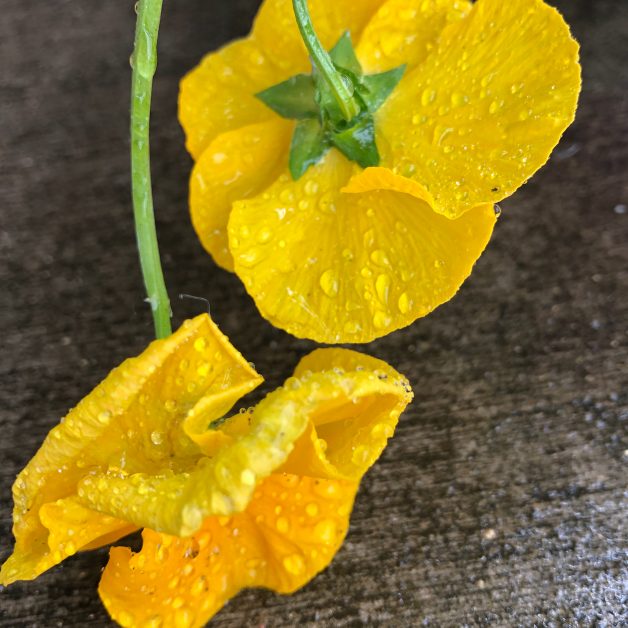 Thankful for waking up on a rainy Sunday morning and the lusciousness of staying there a little while longer, listening to the sound, feeling snug under the covers.