The plan was to put this into a Cud of Good but it was too long, so it’s here.

It’s important to me that my life matters, that my being here has made a difference. But sometimes I can get too bound up in mattering, and it twists into an arduous means to self-worth.

Someone said something to me a long time ago and I wish I could remember who. I’m pretty sure it was a former colleague, maybe from Baxter.

I was fretting about if my life mattered and she said,

“Maybe you aren’t the one who gets to decide.”

“Maybe determining the value of your life isn’t up to you.”

A week or so ago I talked with a friend who was a colleague at Equity Office Properties, now Blackstone, where she still works. I worked there from 2002-2005 and then moved to Michigan to be with Trent.

In October 2003, there was a fire at 69 West Washington, a downtown Chicago office building. I was familiar with the building because I had worked there, on assignment for Arthur Andersen, on the sixth floor. The fire was on the twelfth. 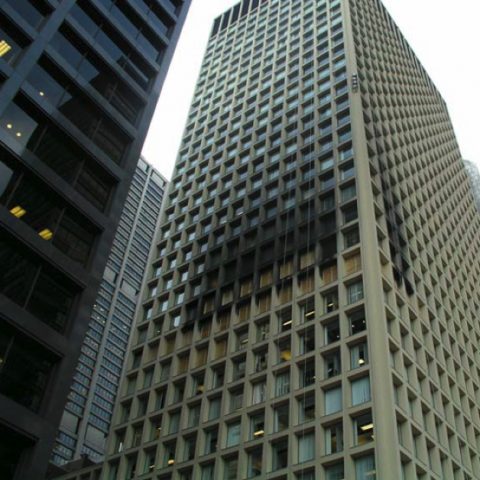 Six people died. The cause of the deaths was determined to be a lack of sprinklers and a lack of knowledge among the building staff regarding how to handle an emergency.

The City of Chicago mandated emergency response training for all commercial properties in the city.

Another colleague and I led the development of Equity Office’s training. It was good. It won an award.

Part of the training was a simulation and I loved watching participants lean into their screens as the simulated emergency unfolded.

We also created two job aids—one for people likely to answer the phone in an emergency and another for the building engineers, sized to fit in their shirt pockets.

The friend that I spoke with recently said she still sees building engineers carrying the job aid in their pockets. She also said they had recently pulled out the emergency response manual. The part we had written with SARs in mind was the part they referenced for COVID-19.

Hearing this made me happy.

The things we do make ripples, and most of the time we have no idea how far those ripples travel across geography or time.

But sometimes we are granted a glimpse.

Thankful for so many friends who were colleagues who are still my friends.