You know that when I left full-time work, one of my goals was to write a novel. It’s a dream I’ve had for a long time.

For most of my life, I didn’t think I was worthy of being a novelist, that novelists were special people and I wasn’t one of them.

I don’t believe that anymore. But I am realizing something else.

Working on my novel has been an arduous task for more than a year now. I’ve enjoyed working around it—studying, creating story models, drafting outlines—but I haven’t enjoyed the work of writing the novel.

I wanted to stop.

I wondered if this was resistance, avoidance.

But last night I had a dream and I have learned to pay attention to what my Self tells me in my sleep. (I once quit a job because of a dream.)

In the dream, I went to a theatre with two friends and there was no seat for me. I wandered around, looking for a seat, and I went to different floors (there were several floors) but I couldn’t find any open seats except for ones in the cafeteria area, and I didn’t want one of those because it didn’t have a view of the stage.  Those cafeteria chairs weren’t serious about seeing the show.

But then, on another floor, I saw what looked like an open seat. It was at the end of a row and odd because it was more like a recliner. It was blue leather and there were two others like it, next to it, with two shaggy men in plaid shirts seated in them.

I assumed the open seat was already taken because it was such a great seat (it even had a little blue leather pillow!), but the guys said it was free and I could sit there.

So I stood next to the recliner and checked the view of the stage. I couldn’t see it.

“It’s no good,” I said to the guys, “I can’t see the stage.” But they said, “no worries,” and showed me that each of the lounge chairs had a private viewing screen, with a great view of the stage. So that’s where I sat.

I am a renovator.

Whether it’s my home or the talent management function of an organization, I’m good at changing what exists to make it better. I’m not good with a blank page.

For now, I have decided to stop working on my novel. If and when I decide to again take up my fiction pen, I will start not with a blank page or even an outline, I will start with an existing novel, probably an older one, and renovate it.

“Everybody is talented, original and has something important to say.”    — Brenda Ueland

What Brenda Ueland said is true. I’ll still be saying something, through this blog, and my podcast, and an ebook I want to write. But I won’t be speaking through a novel.

At least for now. 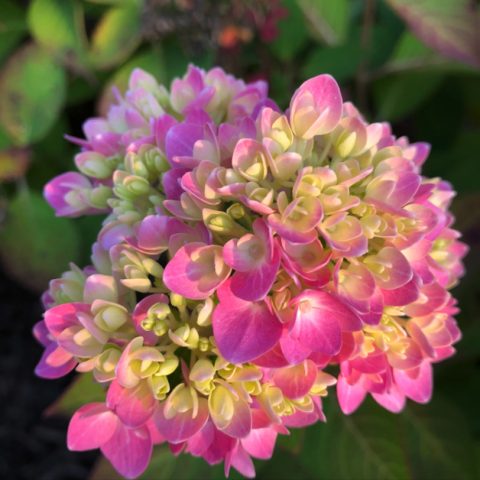 Thankful for the fun I had taking photos Tuesday evening. As I stopped and looked, so many things I take for granted looked like miracles.