When I started these posts on finances and my family, I wasn’t sure where they would go or what the value would be. One outcome so far has been a surprise: your families also have secrets and stories. Intrigue is everywhere.

Instead of focusing on the long shadows of the long-dead, I’ll look at those who more directly influenced me. I’ll write about what I saw or heard and my interpretation.

For some reason, Uncle Emil is coming to mind, so let’s start there.

Uncle Emil, my father’s only sibling, was named after his maternal grandfather (the one with the banks). This first-born son came into the world with brain damage. My father said the damage was caused because Emil Folda, the grandfather-to-be, directed his daughter to a friend of the family for her obstetric care. This friend was not a doctor; the birth was botched.

Uncle Emil served in World War II as a ground soldier and was shot. He came home with a purple heart and a bent leg.

He worked as an ambulance driver until his ambulance was in an accident and he became further damaged. Uncle Emil stopped working and collected disability.

During his infrequent visits, Uncle Emil would stay in his plaid pajamas and matching robe, sit in the easy chair, watch TV, and drink Jack Daniels. My teenage friends and I would talk about who was weirder, Uncle Emil, or our other friend’s Uncle Roger. We settled the matter by agreeing that they were both odd men.

When Uncle Emil died, I went to Nebraska to be with my father. Uncle Emil was 58, Dad was 55, and I was 26. Dad said that Uncle Emil had died of a broken heart but later, when I described what I had seen to a doctor at the clinic where I worked—huge belly, skinny legs and arms, he said it sounded like cirrhosis of the liver.

In Uncle Emil’s attorney’s office, dad and I sat next to each other, the attorney on the other side of the wide desk. My dad was over six feet tall, but glancing at him, he looked as if he had shrunk, and his head kept dropping forward.

The attorney pushed a stack of papers to the side, picked up a pen, and began asking questions.

“No, never married.” My dad sighed, his shoulders fell, and I wondered about that.

Dad thought about it. “Highly unlikely.”

The attorney set his pen down.

“Your parents are deceased, your brother had no wife, no children, no likely claims on the estate.”

“That makes you the sole survivor.”

Dad recoiled and hit the back of the chair as if an invisible hand had punched him. The attorney kept talking.

“Emil didn’t have a will. You are the only inheritor of his estate.”

What my dad inherited was $1.6 million dollars, worth about $4.5 million in today’s dollars.

The following Monday, my father quit his job.

The financial lessons I took from Uncle Emil were: 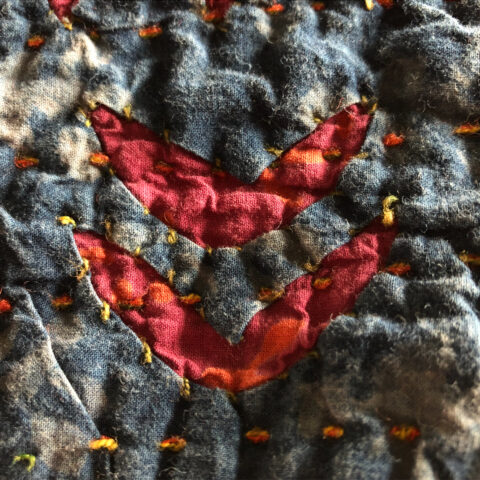 Thankful for this soft little blanket that is covering my shoulders and keeping me warm.