Most of the time, we do our jobs and learn as we go. It’s hard to make scientific experiments about what we can do differently to be more effective.

We can change how we interact with others, but situations change, so it’s hard to draw clear cause-and-effect relationships. The experiment with training the building engineers was a rare exception. But it was a measure of training materials, not a measure of my leadership.

Once, I got the opportunity to do a semi-controlled study on my leadership. What I got was a do-over for a time I had blown it.

If that sounds like a recipe for disaster, it was. I learned later that my boss’s boss hoped the assignment would provoke my boss to quit. She didn’t.

Even though it was a lousy situation, I was a lousy leader. I tried many things, multiple conversations, to get my boss to do her work on the project. She wouldn’t.

She said the work I had assigned her didn’t interest her. When I asked what held her interest, she named tasks that belonged to the project manager, to me.

Besides not doing her work, she also fostered discord. Her other direct reports that were assigned to the project also refused to do their work.

I let the situation fester for four months until we were in jeopardy of missing our first milestone, a presentation to the 15-person global review committee.

Desperate, I went to my boss’s boss and asked her to split the baby—give half of the project to me and give half to my boss. The split was made.

The day after the meeting, they gave me the entire project and removed my boss from it.

Although it felt like validation, it didn’t feel like victory. I knew my delay in dealing with the problem had caused more problems. It made being at work uncomfortable for everyone on the team. It made the work harder. I made a motto for myself:

If you ever have to make a hard decision, once you know what you must do, do it. There is nothing to be gained and much to be lost from hesitancy.

The situation the second time: Twelve years later, I was living in Newago, alone. Trent had died the previous fall, and I was thinking of putting our house on the market after the snow melted.

McDonald’s called and asked if, given my new circumstances, I would come to Oak Brook, Illinois, and lead a project for six months, while the current leader was out on medical leave.

The project was the redesign of the McDonald’s restaurant management and middle management curriculums.

On a Thursday afternoon, after a presentation from the two consulting firms, it was clear the partnership wasn’t working.

On Friday, I gathered data. The partnership had no hope of succeeding.

On Friday late afternoon, back in Newaygo, on a dirt road that went to 180 acres on the Muskegon river, a place where I liked to think, I called the CEO of one of the consulting firms. “If we gave you the whole thing, could you take it?”

On Monday morning, I cleared the decision with my boss.

On Monday afternoon, I terminated the contract with the other consulting firm.

The pain was quick, the suffering minimal, the impact on the project negligible.

I wish I had gotten it right the first time, but at least I learned my lesson, so when the wheel spun and the situation came ‘round again, I got it right the second time. 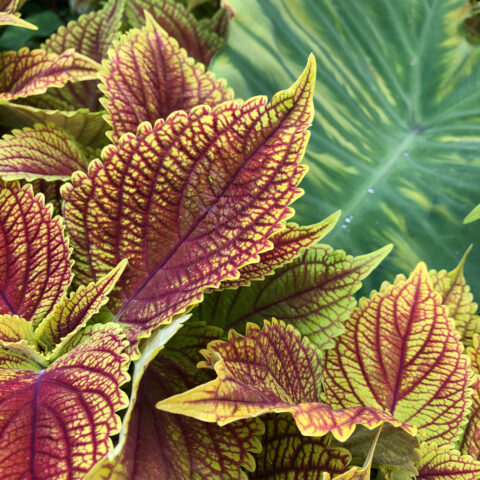 Thankful for help, namely the IT Help Desk at the University of Cincinnati’s Lindner College of Business.