I was back at my mom’s this week. Partly I went back so we could take mom’s new state ID to her bank, as proof of her identity. There is something hilarious about a 91-year-old woman needing to prove who she is.

Partly I went back so we could meet with the Director of Resident Services. I wanted to talk about what we might do should my mom not be able to care for herself, and how we might know when that time had come.

When I was there in 2019, I gave my mom the St. Louis University Mental Status (SLUMS) test. I told mom, ‘It would be good to have a baseline.’ We did the test again when I was there in August, and that’s why I wanted to talk to the Director of Resident Services.

My mother’s mother lived to be 100 but didn’t recognize anyone she knew during her final decade. The last time I saw her, she was delighted to learn she had a granddaughter.

Side note: I need to figure out who will give me the SLUMS test.

One of the things I’ve learned about myself is that I cry after the fact. I wait until whatever must be done is done, and then I cry. When my right-after-college roommate died, I didn’t cry at her funeral in Minneapolis or later at her funeral in New Jersey. I cried when I got back home.

Tonight, after diner and the dishes, I went out on the balcony to water my rosemary plant. The plant is mutilated, and I’m the one who did it. When I went to New Jersey in August, I doubted the plant would survive two weeks on a dry balcony, so I cut several branches, stuck them in water, and took them to mom’s.

At mom’s, I put them in a glass vase and told her they would grow roots.

As I watered the butchered plant on my balcony, I thought about the branches that are now in the vase at mom’s, sitting on her big wooden table by the sliding glass door, new roots looking like bright white hairs.

The sun had gone behind the buildings but was setting flame to the bottoms of the low clouds. I put down the empty pitcher to wipe my eyes.

I was crying for two little girls who were incompletely mothered, who grew up lonely, one in a New Jersey suburb, one on a small farm on the Platte River in Nebraska. 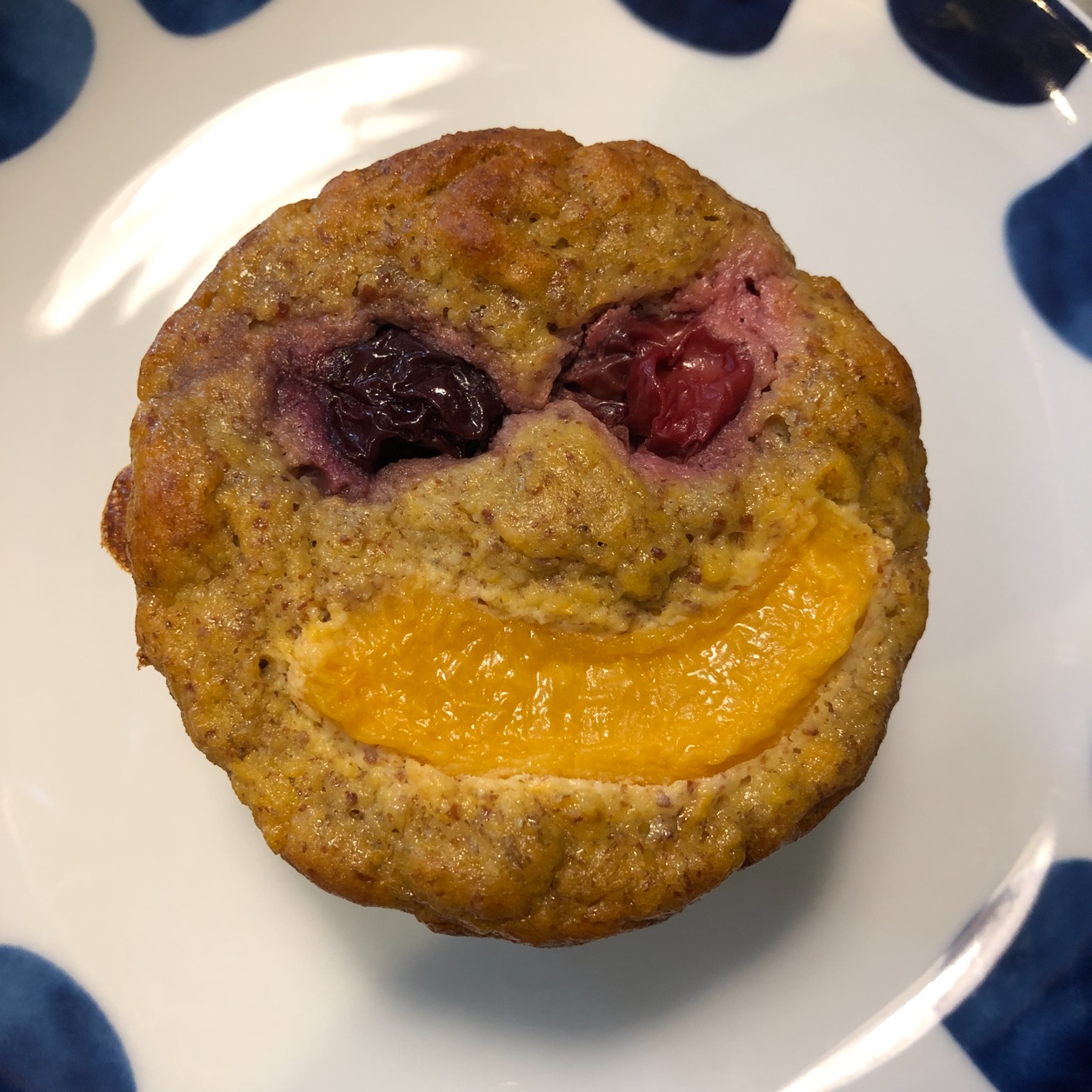 Thankful for muffins that smile back.