I’ve been hesitant to start the series on Morning Routine. Here’s why: my morning routine has been shaky of late.

After morning after morning of consistency, in the last two months, I’ve fallen off. I’ll do one part or none of my morning meditation, instead of all three parts.

The source of the problem is not found in the morning, but the night before. I’m going to bed later than normal.

The last-chance-before-bed walk with Leda isn’t happening at 10pm but at least an hour later. Sometimes not until midnight. Even on a weeknight.

I think I know why I’m going to bed late. Maybe. I think I’m waiting for someone to tell me everything is going to be okay. I’m scouring news feeds for clues to a better future and when there are no certain clues, I head over to YouTube to laugh. When I finally turn it off, it feels like a waste.

My night spills into the next morning. I have a rocky start.

What I want to say is that when I write these next posts, I’m not writing from the mountaintop saying, “Come up here! Be like me!”

What I’m instead saying is, “I don’t always do these things but when I do, I feel better.”

And maybe with this post, we’ve begun the Morning Routine series because the morning doesn’t begin with the sunrise.

The morning begins the night before. 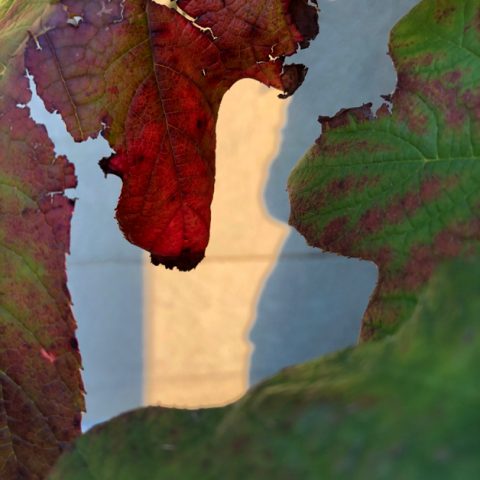 Thankful for this photo. It makes me happy. It’s my favorite of all the ones I took that day.