My mom may have encouraged me to ignore auto exhaust, but she raised me to be conscious of the weather.

Mom grew up on a small farm in Nebraska, dirt poor. It was the kind of farm that is almost extinct—a farm with a little of everything. There were crops and cows, chickens and pigs. Mom hated farm life and vowed she would never marry a farmer (she succeeded).

Mom was born in 1930 and grew up during the depression. They lived off the land, didn’t have much (mom wore dresses made from flour sacks), but never went hungry. They ate a lot of chickens, sold a lot of eggs.

[Side note about the chickens: Mom has never talked much about life on their farm, other than to say she wanted to get off the farm as fast as she could. But now that her mind is becoming less secure, she is, as a friend said, “no longer able to keep her secrets.” Mom told me how she killed the chickens, how you have to stroke them slowly so they become calm, almost in a trance. Then you lay them on a stump, then you chop off their heads with a hatchet, then you throw them as far as you can because they are spurting blood everywhere. Mom hated milking cows but didn’t mind killing chickens. It was disconcerting to hear how dispassionately she described it.]

My mom and dad built a house in a New Jersey suburb in 1967 and made decisions that differed from most of their neighbors.

Dad decided the house, a two-story colonial, would have a white shingled roof. It would reflect the sun better and keep the house without air conditioning cooler. All the other neighbors had dark brown or black roofs. Not us.

Mom made sure we did our part to manage the internal temperature. During spring and fall, we left the windows open. During summer, we opened them at night but as soon as we woke up, we jumped out of bed and ran around the house, closing every window, drawing every drape. It kept the house cool, at least until late afternoon.

I won’t lie. I appreciate air conditioning on a hot day. But this past summer, I took a page from my youth. As the sun rolled over the condo building and shone in my living room and bedroom in the late afternoon, I closed the blinds. It felt good knowing I was helping the planet, even if only a little. I also liked the lower electric bills.

Our superior infrastructure systems—buildings with HVAC and food from stores—have lessened our awareness of our planet. It would be good to rekindle some awareness.

This spinning ball of green and blue needs us, and we need it.

I wrote about how much intake we uptake, but Dave responded and made a point I’d failed to consider (bolding added by me):

“As a high Input personality, one of the things my writing coaches have stressed for me is careful curation of my inputs: sources, frequency, and duration. Doubly so in the morning and in the last hour of the day. Tenfold more in the golden hour after I first awaken. I’m far more ADD all day on the days when I crack open email or (cringe) social early in the day.” 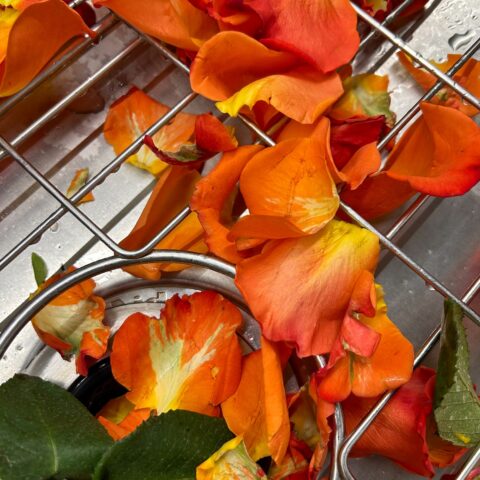 Thankful for roses with so many petals, there were enough to pull off the older ones and still have a beautiful bouquet. 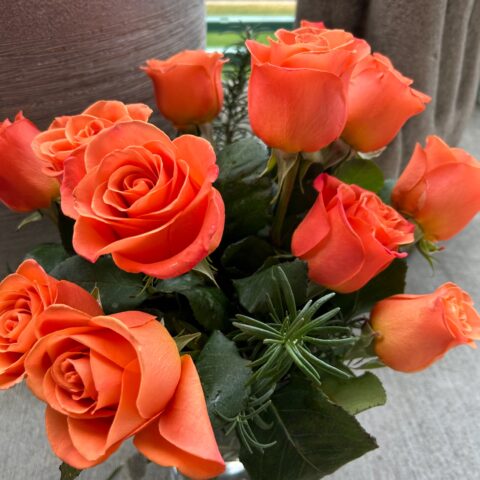