Because The Body Keeps the Score mentioned chanting, I thought I would try chanting. Not in public, because I wasn’t ready to go that far. Instead, I used this meditation on the InsightTimer app.

As I listened the first time, I thought the man’s voice sounded robotic and wondered if he was Artificial Intelligence. But the directions were clear, and I was glad about that.

I followed the instructions for the whole 21 minutes. When it was over, my brain felt both calm and energized. It was odd.

It reminded me of that thing we used to do as kids, spin around in circles until we got dizzy and fell over. Similarly, this was a physical activity that made my brain feel different. It was like a vibrational massage for my brain.

On my Tuesday call with two writer friends, one commented to the other how great her skin looked. She was glowing.

The friend attributed the glow to the tuning fork she held against her face twice a day. Well, if you tell two mid-life women that a tuning fork will make their faces glow, they go buy tuning forks.

I listened to the meditation, struck the tuning fork, held it to my sternum, and began the chant. It was an odd feeling to hear a tone in my ears and a similar tone coming from my chest.

It felt as if I was vibrating from the inside and the outside. It felt good.

I experimented with putting the tuning fork in different places—the base of my throat, my sinuses, that divot between my eyebrows. My favorite spot, the one that vibrated my entire head, was on my nose—not the bridge or the tip, but at the end of the bone between the two.

I don’t know what to make of the woo-woo, but I know it feels good. This is something I’ve been doing in the background, along with all the dancing.

I plan to keep doing the woo-woo too. 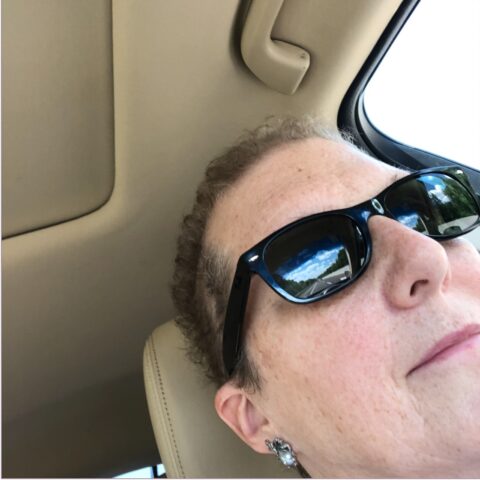 Thankful for my car, which has carried me so safely for so many years.