Sharon Keefer is 90 years old. She doesn’t just play pickleball, she teaches others how to play.

At nine o’clock every Thursday and Saturday morning from late Spring to early Fall, if you show up at the pickleball courts at Sawyer Point in Cincinnati to learn how to play, Sharon will be your teacher.

Last year I learned from Sharon but stopped playing when the weather turned cold. Because of the Blue Cloud and because Saturday drumming was too far away, I went to the courts.

The backboards are at the far end of the courts. The neon yellow ball I had been hitting against the backboard was rolling away from me when Sharon walked in. Would she still recognize me from last year? As I walked toward her, she looked just as I remembered—strong stance, erect posture, bright eyes.

“You already know how to play,” she said.

“I haven’t played since last year.”

Two other newbies came, and Sharon took us through some drills. Then we played a game, and then a shortened game because I had to get to my zoom writing group.

At the end of the game, we followed pickleball etiquette and all touched paddles, said “good game.”

Sharon looked at me and stepped closer as the others peeled away. She leveled her eyes at mine.

Then she walked away.

Sharon’s few words meant she wanted to see me in regular play, not in beginner lessons. She had kicked me out.

If I want to keep the blue cloud at bay, I need to go back and play pickleball. Without my security blanket.

So that is what I did.

Khrystyna Luckashchuk wrapped up the illustrations for Prince Tarkten last December, but I never finished working with her to get the files print-ready (there are exacting print specs). It was an unconscious delay, maybe because it felt like the last connection to Trent. Thanks to a couple of dear friends, I got back on the horse.  The pre-press is done.

In order to work across time zones and languages (Khrystyna is fluent in Ukrainian, Polish, and Russian but not English), I created a detailed specs doc for the dimensions… 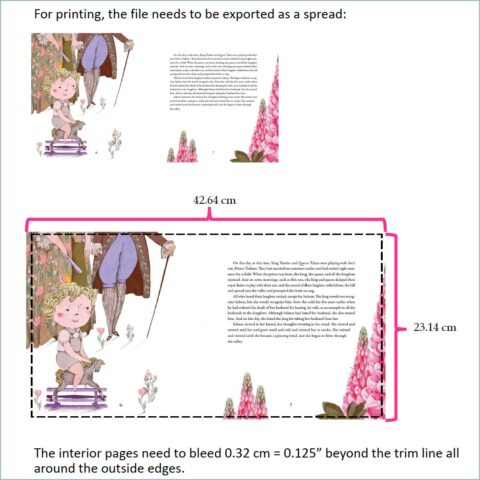 based on lots of calculations… 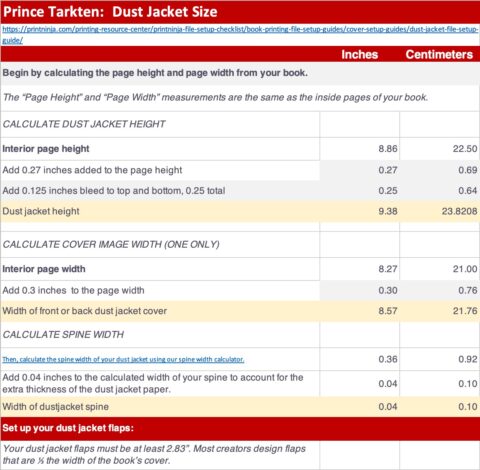 I got the proof back yesterday and responded with one change. I’ll get the revised proof on Monday.

Approving the proof starts the printing process, which will take 3-4 weeks. Shipping from Shenzhen to Cincinnati normally takes 6 weeks, but Covid delays will add another 3-4 weeks. Put it all together and the books should arrive by the end of September. 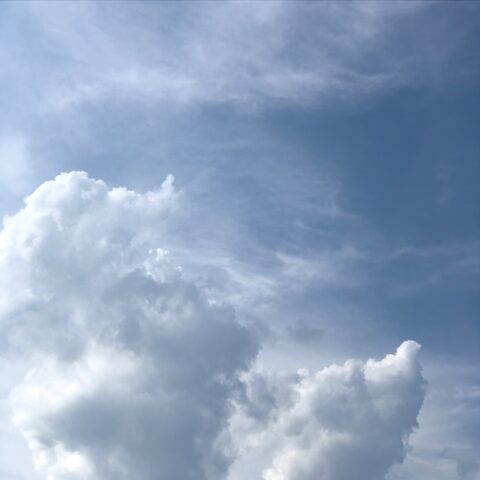 Thankful that we don’t have to stay stuck, and that caring friends can help us get unstuck.