Audio: A Dream Informs a Decision

Last week’s post made it sound like I thought logical thoughts and came to the logical conclusion that I should delegate managing my investments.

A dream informed my decision.

Dreams have guided me before. When I worked at Arthur Andersen, before I ever thought of leaving, I had a dream that told me I should go. The dream acknowledged something I didn’t want to admit during my waking hours.

The morning after the dream, I wondered. “That dream wasn’t about quitting my job, was it?” I decided it wasn’t.

The next night, I had another dream that reiterated the message: I was working in a machine and if I stayed, the machine would eventually destroy me.

Although I would like to say I read the signs, saw the light, and took appropriate action, I didn’t. Several months later, the machine exerted its power in a way I felt professionally, personally, and profoundly. That’s when I realized the machine would always win.

I went looking for another job, found one, and left.

When I was making the decision about my investments, I asked my dreams to help me make the right choice.

The dream was odd, as most are. It had to do with a baton twirler without a baton and a marching band without instruments, both moving to music I couldn’t hear.

After taking time to analyze the dream using Martha Beck’s method, it made sense. The important part was that the baton-less twirler (who represented my financial advisor) and the instrument-less marching band (who represented her firm) moved to music I couldn’t hear.

They understand the music of investments. I don’t. Whether the decision was reached logically or intuitively, it makes sense for me to follow their lead.

But following their lead doesn’t mean I am abandoning my money and my responsibility to be a good steward. I’ll keep my eye on it.

And I have a measuring stick.

I’ve peeled off part of the money and invested it with a roboadvisor who charges no fee for the first $10,000. This will give me a benchmark for the investment firm.

As long as the firm beats the returns of the roboadvisor, they get to keep managing my money and taking their fee. If they don’t, I take my money elsewhere. 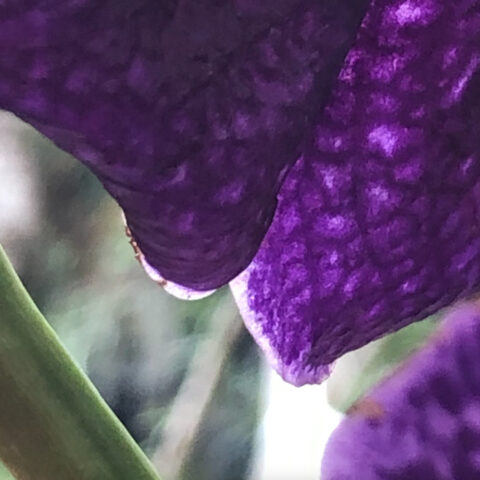 Thankful for Oprah Winfrey who said, “If you have a problem that can be solved with money and you have the money, then you don’t have a problem.” I am in a hotel in Cleveland, my departure delayed for two days thanks to snow and ice. In my twenties, paying for a hotel room for three nights instead of one would have been a problem. It isn’t now.