My brother has had and still has a difficult life. He left home at 14 and made his way from there.

My mom and I took a four-hour drive to see my brother. We visited indoors until my mom, sitting in my brother’s recliner, showed signs of needing a nap.

My brother and I went outside so she could sleep. We stood in his driveway, close to the pine trees that ran between his house and his neighbor’s, heat from the asphalt coming through the soles of our shoes.

Once again, I asked my brother about the scar and told him what I thought caused it. My dog with a bone attitude about this could have been annoying.

But my brother wasn’t annoyed. This time he said, “I might not know.”

“How is that possible?” I looked at the scar, easily seeing the hot implement I believed had been pressed against his skin. It would have singed hair, burnt flesh.

My brother explained that there was a time in his life when things could have happened to him, and he wouldn’t have known they were happening.

I had to know. Whatever it was might be needed again.

“Daytona.” He said it softly.

‘Daytona’ was his name for the car he built from parts, a Shelby. From every paycheck, he would buy a part or save up for a part. When he had enough saved, he would buy the next part. Once when I visited, he had one bucket seat leaning against the post in his den, awaiting its mate.

My brother sold the Shelby a couple of years ago, to a collector who admired his work. My brother is a genius at mechanical things. Airline pilots call him from the air to ask his opinion about a warning light or an odd sound.

“But you don’t have the car anymore.” I was worried. “What will save you now?”

“The eight years building it.” He looked at me, smiled. “I don’t need the car anymore.”

At some point, we hugged before we went back inside. My brother felt strong and steady and gentle, and I was glad he is still here. 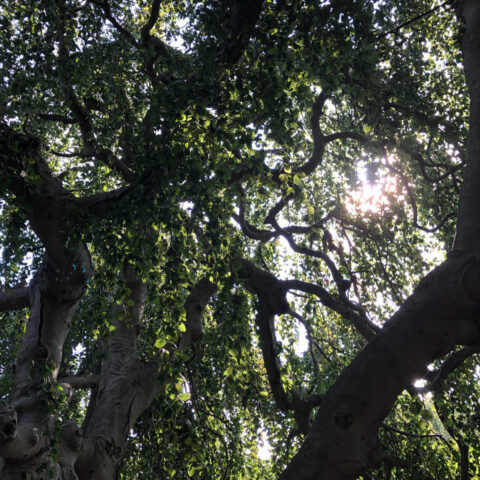