To tell this story, I’m making up some names, using ‘Brenda’ for my boss’s pretend name, and ‘Doug Russo’ for the pretend name of a patient.

It was a Tuesday morning, and while the Transplant Clinic was hustling on their side, the Derm side was uncharacteristically matching their energy. The derm docs were abuzz—it was the first day of a study for a new acne drug. They were calling it Accutane.

It’s always more work for the front desk to intake a new outpatient. They don’t know the routine, don’t know that the brand new shiny red card they just tucked safely in their wallet needs to be surrendered for the duration of their visit, don’t know where the lab is, or the restroom.

Brenda and Barb were working the Transplant side, Barb, because she came in a half-hour earlier than the rest of us, to be there when the transplant patients started arriving, and Brenda, because that’s where the surgical residents were. Jayette was doing check-outs, so I ended up doing derm check-ins, which included the study patients.

The criteria to get into the study were:

As I checked in the study patients, I learned it wasn’t just acne that they had in common. They were tender people, used to being stared at. They wanted as little interaction with strangers as possible, except for one who compensated by being a comedian.

The study patients were uniformly polite, grateful for the possibility of relief, and on time. I checked them off the list as they arrived, almost all exactly ten minutes early for their appointment.

Dr. Goltz was the head of the Dermatology department, a towering man in a land of tall people, slightly bowed with age, with a deep voice and gray hair that swept across the top of his head. He looked my way.

Dr. Golz turned to the bevy of residents and medical students that surrounded him, who reminded me of white-coated ducklings surrounding their mother. “I really want you to see this guy,” Goltz said. “Saw him yesterday at Ramsey (St. Paul Ramsey Hospital). Worst case of acne I’ve seen in forty years.”

Dr. Goltz had added Russo to the clinic schedule on his own, something the doctors rarely did, causing a double booking at ten o’clock. The other patient with that timeslot was being seen but Russo was the one Goltz wanted.

The final slot for the study patients was at 10:30, and the patient, sixteen years old and the youngest of the group, was checked in by his mother while he hid in her shadow.

At 10:40, Goltz came by the front desk again. “Any sign of Russo?” he asked, sounding less optimistic than previously.

I shook my head. Goltz explained to the surrounding bevy, “He wants to get into the military but can’t because he’s running a constant fever from infection. He can’t sleep, his chest and shoulders and back are covered with cysts.” Goltz shook his head. “I hope he comes. Accutane could change his life.”

Just before eleven o’clock, I noticed a man standing back against the far wall of the waiting room. He wore a hat with the brim pulled low over his eyes, the collar of his jacket turned up.

I looked at him and he looked back at me. I thought the odds were good.

He nodded once and walked toward the counter.

He had brown eyes.

I explained to Doug that I needed his clinic card and he stood just close enough to hand it to me. Look at his eyes. The aid hurried him into an exam room.

As I was changing the check-in lists from morning to afternoon, I thought about how reticent the acne men were, how they needed to interact with people who would treat them as people rather than as curiosities.

I turned to our boss. “Brenda, do you mind if I check in the derm study patients every week?”

She snorted. “Don’t know why you’d want to do that, but be my guest.”

So that’s what I did.

PS: When I made my list of ‘things I am proud of,’ I thought I remembered Doug Russo’s real first name, maybe. This morning, when I picked up my pen to write, a full name popped into my head. I wondered… and Googled it.

Sure enough. There he was on LinkedIn. According to his bio, he didn’t join the military but went to college, then became a teacher. If you saw his picture, you would probably describe him as handsome. 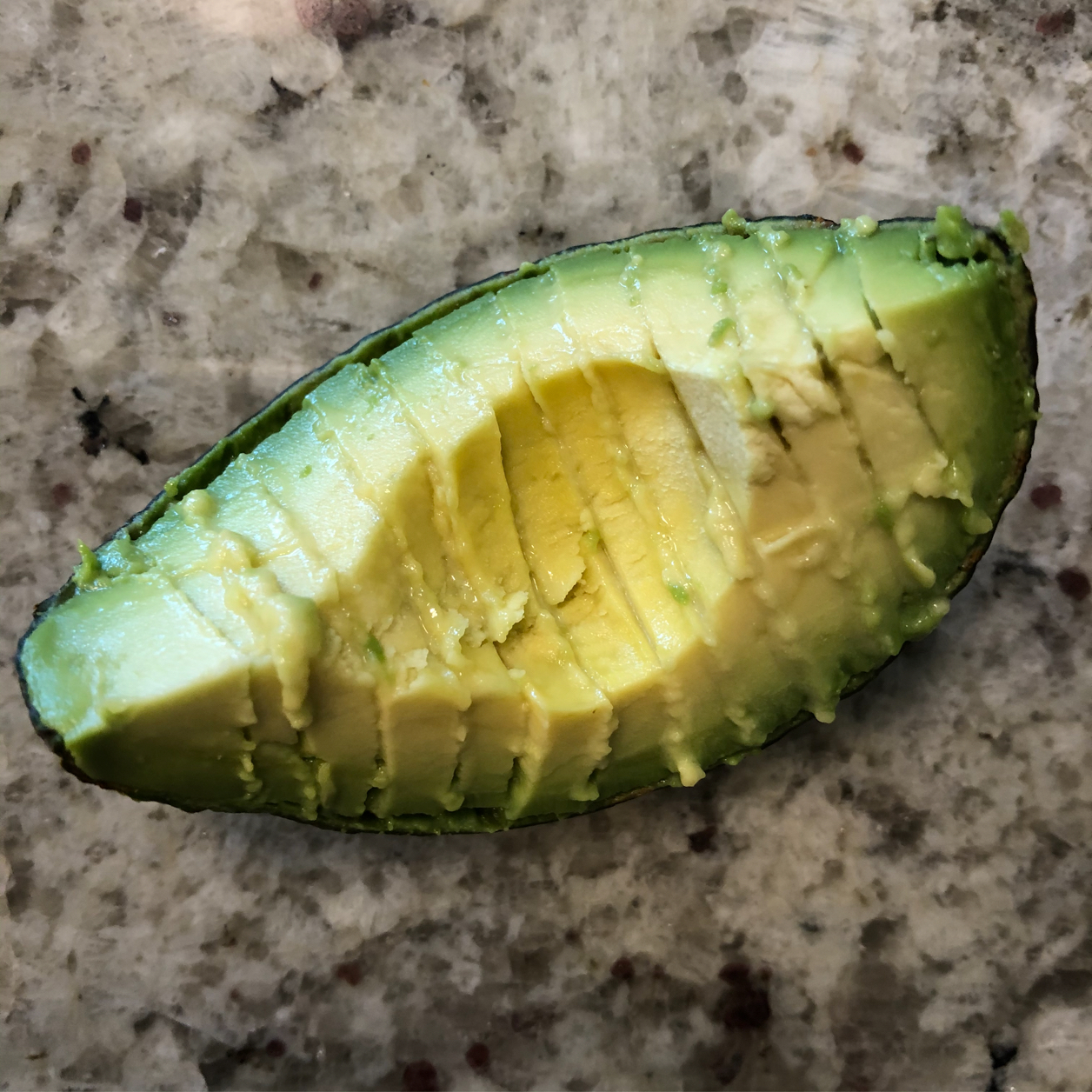 Thankful for an avocado at the perfect point of ripeness. Not too firm, not too soft, just right.