Isn’t so much someone you find

As someone you allow yourself to be.

You let go of excuses and denial.

You put your toe in the water.

And if you like how that feels, your foot.

And if you like that, then a leg, then a body.

And before you know it,

You are a dolphin

Swimming in a sea of love.

I have nothing more to say about our True Selves, so this concludes the series. Next up?  Either:

If you have a preference for where I go next, please reply with your choice. Thanks!

From an essay by Edwidge Danticat in The Fire This Time, edited by Jesmyn Ward. Danticat quotes Raha Jorjani, an immigration attorney and law professor:

Suppose a client walked into my office and told me that police officers in his country had choked a man to death over a petty crime. Suppose he said police fatally shot another man in the back as he ran away. That they arrested a woman during a traffic stop and placed her in jail, where she died three days later. That a 12-year-old boy in his country was shot and killed by the police as he played in the park.

Suppose he told me that all of those victims were from the same ethnic community — a community whose members fear being harmed, tortured or killed by police or prison guards. And that this is true in cities and towns across his nation. At that point, as an immigration lawyer, I’d tell him he had a strong claim for asylum protection under U.S. law.

Last Friday was Juneteenth, a celebration of the abolition of slavery, marked by the date the last group of enslaved people finally gained their freedom (almost two and half years after Lincoln signed the Emancipation Proclamation).

If you’d like to sign 93-year-old Opal Lee’ s petition seeking 1 million signatures to make Juneteenth a national holiday, go to Opal’s petition on Change.org. When I signed it last Thursday, there were roughly 350,000 signatures. As of Saturday afternoon, there are 783,251, but that’s not an accurate count because the number keeps going up as I’m writing it down.

If you’re looking for a national holiday to remove to counter the addition of Juneteenth, Columbus Day is one to consider.

I am grateful for the life I am living now. I get to write, and I get to learn from a community of writers. I get to serve on the board of an organization that does work I care about, and my writing helps them. I get to teach at a University and grow with my students. I am grateful for my marshmallow life.

2 thoughts on “Your True Self”

Do you have enough love in your life?

Love makes us resilient. And happy! Find out if you have enough with my Vessel of Affection Map. 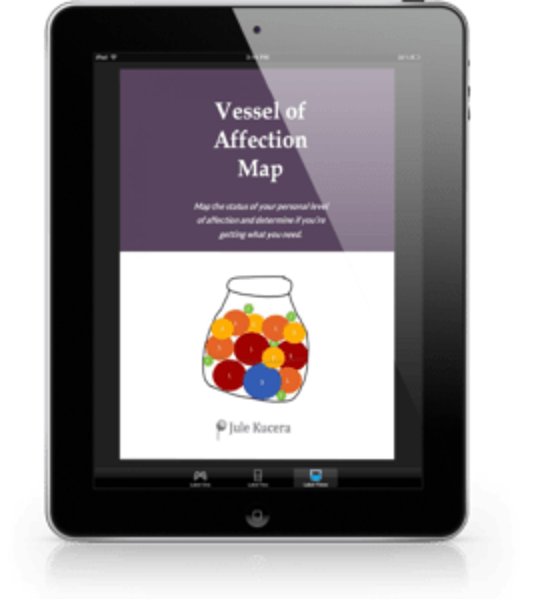